Compacted graphite iron is a fairly recent addition to the family of commercially produced aluminum casting irons. Its characteristics are intermediate to those of the gray and ductile irons. As in gray iron, the graphite in CG iron is in the form of interconnected flakes. This facilitates the production of sound castings, especially those of complex shape or with intricately cored passages. However, the relatively short span and blunted edges of CG graphite provides improved strength, some ductility, and a better machined finish than gray iron. 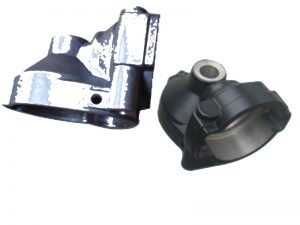 The interconnected CG graphite provides slightly higher thermal conductivity, more damping capacity, and better machinability than is obtained with ductile iron. This form of graphite was discovered when ductile iron was first being developed, but a method of production that would be suitable for commercial use was not available until fairly recently. CG iron now can be dependably produced, but very close metallurgical control is necessary to obtain successive castings with consistent properties.

TENSILE PROPERTIES AND HARDNESS
Compacted graphite irons provide similar tensile and yield strengths to ferritic ductile and malleable irons, although the ductility is less, Table 11. The strength is equal to or greater than that of the higher strength gray irons and with significant ductility.

Compacted graphite irons exhibit linear elasticity but to a lower limit of proportionality than does ductile iron. The yield strength and tensile strength of the pearlitic type is higher than the ferritic iron but the latter has a lower hardness and a higher ductility. A considerable range of properties can be achieved with different hardnesses. The tensile strength to Brinell hardness ratio tends to be somewhat higher for compacted graphite than for gray iron.

EFFECT OF MICROSTRUCTURE
The tensile properties and Brinell hardness of a compacted graphite iron are dependent upon the microstructure of the iron, particularly the quantity and distribution of the graphite. There is a tendency in CG iron for some of the graphite to occur as spheroids, i.e., the graphite shape of ductile iron, and also the blunted flakes can vary in compactness. The percentage of spheroidal vs. compacted graphite in the iron affects the tensile properties. The greater the number of graphite particles approaching a spherical shape, the higher the relative tensile strength. Figure 4 indicates that both tensile strength and elongation increase as the percentage of spheroidal graphite increases. A ferritc matrix results in lower strength, lower hardness and higher elongation. 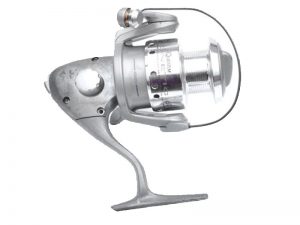 SECTION EFFECT
The influence of increasing section size in decreasing the tensile strength is moderate and fairly uniform for all irons. The lowest strength is obtained in the highest carbon equivalent irons with a ferritic matrix. The cooling rate after solidification is affected by casting section thickness and shakeout temperature, and these influence mechanical properties. As the length of cooling time in the mold before shakeout increases and the shakeout temperature decreases, the hardness of compacted graphite iron is reduced.

MODULUS OF ELASTICITY AND DAMPING CAPACITY
The modulus of elasticity of compacted graphite iron typically varies from 20-24 x 106 psi (138-165 GPa). The variations result from differences in graphite shape and amount, section size and matrix structure. The higher elastic modulus values are obtained with increased nodularity, thinner sections, and more pearlitic matrices. The modulus of elasticity decreases slightly at higher stress levels. A similar decrease occurs under compression loading. Poisson’s ratio (ratio of lateral strain to axial strain) has been determined to range from 0.27 -0.28 for compacted graphite iron. The damping capacity of compacted graphite iron is intermediate between gray and ductile Aluminum Casting iron, as indicated in Table 12. These values were obtained by measuring the relative rates at which the amplitude of an imposed vibration decreased with time. The damping capacity of compacted graphite iron does not vary significantly with changes in carbon equivalent or matrix but does increase in heavier sections. 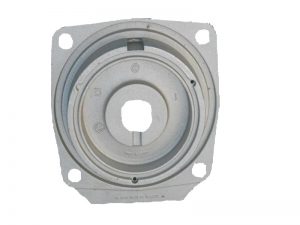 Entry with Audio
Scroll to top